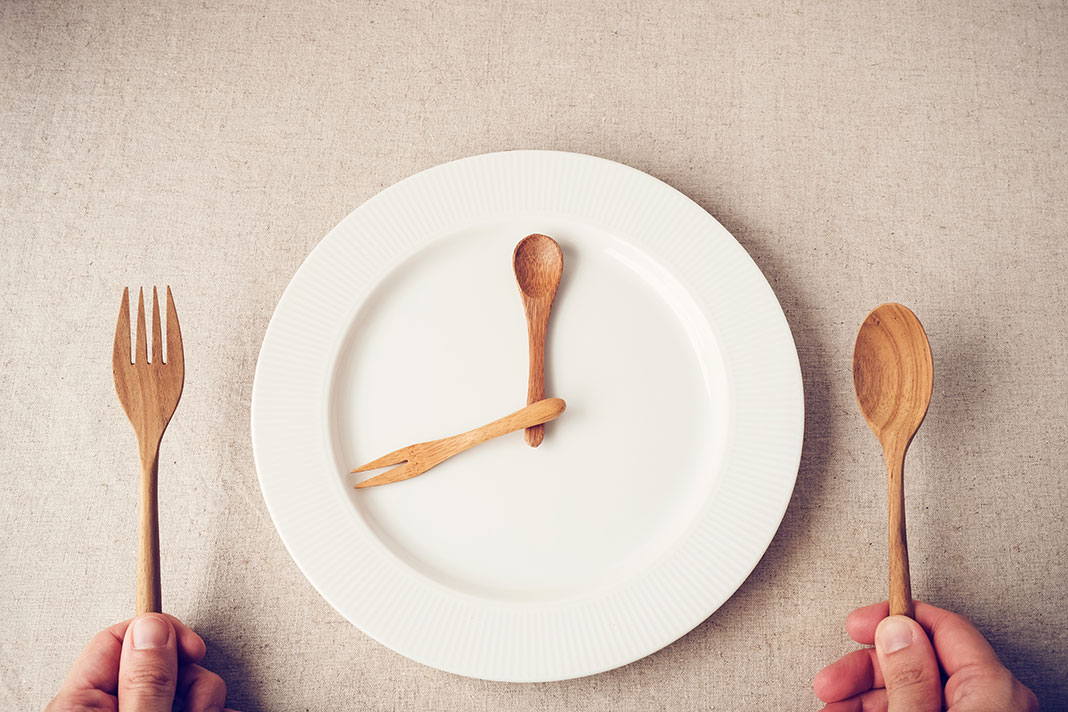 Perhaps you’ve heard about intermittent fasting, a diet choice that that’s gaining in popularity. Though maybe, you aren’t quite sure what it is, or if its right for you?

Intermittent fasting is a diet where you rotate between periods of eating and fasting, demonstrated through numerous studies to have powerful benefits for our bodies and minds.

1. Intermittent Fasting Alters the Functions of Hormones, Cells, and Genes

Several things happen to happen to your body when you spend a period of time without eating, including:

Fasting forces the body to start cellular repair processes, such as removing waste products from our cells. This process is called “Autphagy” and involves cells breaking down and metabolizing broken or dysfunctional proteins that buld up inside our cells over time.

Increased Autopahy may protect against some diseases, including cancer and Alzheimer’s.

When we go without food our blood insulin levels to drop significantly, which is known to aid in fat burning.

When our body notices we have gone without food for a while, it revs up the production of Human Growth Hormone, sometimes as much as 5-fold. Higher levels of human growth hormone help in fat burning, muscle gain and have a wide range of other health benefits.

That’s right, fasting can literally alter our genes. These are beneficial changes though, and include changing genes and molecules that affect longevity and prevention against disease.

2. Intermittent Fasting Aids with Weight Loss and the Burning of Belly Fat

Most people who practice intermittent fasting do it to lose weight. There’s good reason too. Short-term fasting increases your metabolic rate by 3.6-14%.

This is caused by changes in hormone levels, which include lowered insulin levels, higher Gorwth Hormone levels, and increased levels of norepinephrine, all of which increase the breakdown of fat in the body.

When we fast we also eat less meals, and though we do increase the portions of our other meals, overall we eat less than we otherwise would. This causes a calorie deficit and means the weight loss benefits of intermittent fasting are 2-fold.

In the last couple of decades, the number of cases of type 2 diabetes has skyrocketed.

In fact, studies on fasting have shown that it reduces blood sugar levels by 3-6% and can lower insulin levels by almost a third.

Cancer is a terrible, brought about when cells go haywire and start multiplying uncontrollably.

Although human studies are yet to be done, promising animal studies have indicated that fasting effect on the metabolism may reduce the risk of cancer.

5. Intermittent Fasting May Increase Your Lifespan

Oxidative Stress and inflammation are some of the key causes of aging, and the development of many chronic diseases.

Studies have shown that intermittent fasting may enhance our bodies resistance to this oxidative stress and may help our bodies fight against inflammation.

Incredibly, in some studies rats that fasted every other day lived 83% longer than rats that didn’t.

6. Intermittent fasting is Beneficial To Your Brain

But beyond this, intermittent fasting has been shown in animal studies to protect against strokes and promote the growth of new nerve cells, and has been shown to increase the levels of BDNF in our brains, which helps prevent depression and various other illnesses.

Intermittent fasting also helps in increasing the levels of BDNF whose deficiency has often been associated with depression.

Intermittent fasting can have a lot of benefits to our brains’ health. It may also increase the growth of neurons. It can also protect the brain from damage.

Many people who practice various forms of fasting report a deepened sense of inner peace. This is not surprising considering most of the world’s religions practice fasting in one form or another.

Studies specific to intermittent fasting have shown that it can help regulate mood swings, lower anxiety and lower stress.