Empowering Women Is the Key to Tackling the Climate Crisis 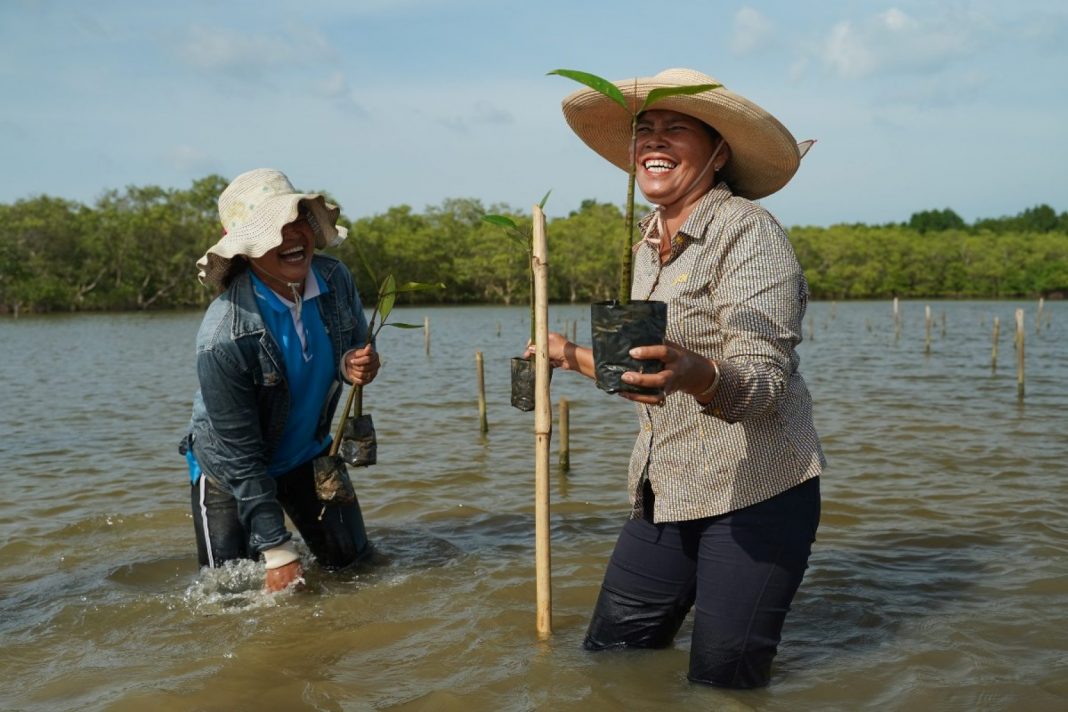 Women are more likely to be impacted by climate change than men – and may be our best hope in solving it, suggests a leading charity

An international charity has found that empowering women and girls is among our best hopes for fighting climate change.

On International Women’s Day, ActionAid – which support the poorest girls and women in the world – highlighted its Cambodian project that is training female leaders to help their communities deal respond to flooding and other issues being caused by changing climate.

The charity is spearheading a Women’s Champion initiative that helps farms and villages protect themselves through early warning systems, defences and planting mangroves as a protective barrier.

Women in developing countries tend to work in industries vulnerable to extreme weather, like fishing and farming. They also have less access to education than their male peers, as well as worse access to basic human rights like free mobility and land ownership.

Few women in these countries are taught the skills of climbing or swimming, and as a result, more women and girls die in disasters too, ActionAid has found.

Despite this, women are often left out of the discussion around climate-change, and men are often given the decision-making.

ActionAid’s new campaign, She Is The Answer, highlights why women must no longer be excluded from the decisions, as communities and nations make plans to deal with the impact of climate change.

We know that when women are empowered to make decisions in an emergency response, their whole community recovers faster.

And it isn’t alone in positing women’s empowerment as a key solution. Among 76 solutions for curbing global warming to 2 degrees Celsius, empowering women and girls in developing countries ranked second on a report by Project Drawdown, a US not-for-profit that researches the most effective ways to reduce greenhouse gas emissions.

The organisation estimates that girls’ education and family planning would reduce carbon by 85 gigatons by 2050.

Studies show that in countries where women have higher social and political status, their countries have 12 per cent lower carbon dioxide emissions.

“We know that women and girls are essential leaders in helping their communities develop resilience to climate change,” said Rachid Boumnijel, head of humanitarian programmes at ActionAid UK, “ and that when women are empowered to make decisions in an emergency response, their whole community recovers faster.”

Even in the UK, women have been excluded from the climate conversation. The UN’s annual climate change conference COP26 being hosted in Glasgow this November has already been subject to criticism after it was revealed that only three of the UK’s 12-strong team are women.

Boumnijel said it is imperative that women and girls everywhere are included, empowered and listened to.

“We can only build truly resilient communities when the most marginalised women and girls are reached and represented.