Stoicism: How One Simple Philosophy Holds The Key To Success 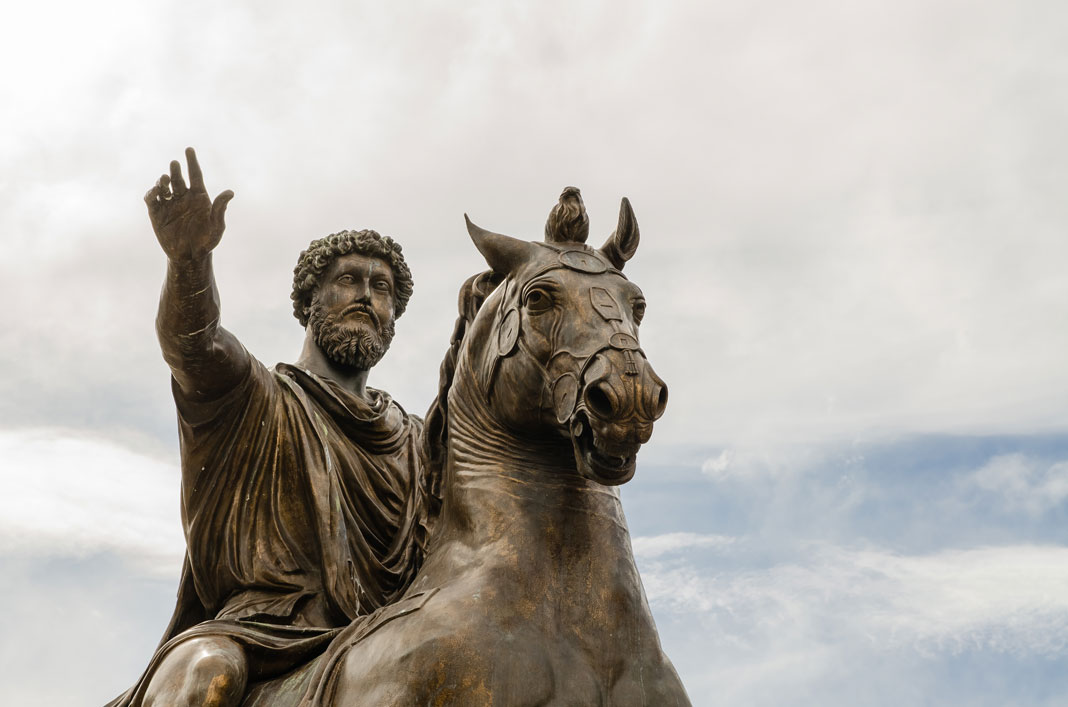 Whenever ancient Athens is brought up, my mind immediately jumps to polygamy, war and loin cloths as the trademark fashion statement.

I may be wrong seeing as I never lived during those times, but if movies like 300 and Spartacus are anything to go by, that is pretty accurate. However, the one thing emanating from ancient Athens that resonates most with my modern day rationale is stoicism.

Although I was not familiar with the term until recently, I have witnessed many world leaders apply its principles thereby garnering massive favor within their respective locales.

Some leaders, like Donald Trump, steer clear of most, if not all, stoic ideals and the results are clear for all the see; mass rejection and ridicule from their otherwise underwhelmed citizens.

I write this article hoping to stir up your conscience and, hopefully, help you kick start your own personal success story.

Whatever we do, whether good or bad, somebody will always have an opinion contrary to our beliefs.

I remember back when I lived in a block of studio apartments and the neighbors would make a point of monitoring who leaves my house every morning. Naturally, as a single man, there were a number of different ladies taking their walks of shame almost every Saturday morning.

This led to my neighbors branding me as a man-whore whose only business is misusing women. How do you think I reacted to this?

Instead of playing their nonsensical game by trying to hide my female conquests, I went about my business and let them judge away.

Of course I would have preferred them to limit their scrutiny, but if that is what gave their life meaning, they might as well go ahead; no sweat off my back. This is what stoicism promotes; remaining steadfast despite any external interference.

Despite the fact that such comments may affect you either mentally or psychologically, you have to be able to tune out the noise so as to focus on your final goal.

Barack Obama, one of the greatest presidents the U.S.A. has ever had, was a master at working in otherwise intolerable conditions yet still delivering impeccable results.

Whether it was his race, political affiliations or even his Islamic roots, people went after him for everything. This barrage of insults and criticisms were designed to showcase his weaknesses and thereby deem him unfit for presidency.

However, with his trademark swagger and incomparable eloquence, he brushed off all his critics and went on to have arguably the most serene presidential terms in recent history.

So just like I did with my neighbors or Obama with his naysayers, avoid buckling under pressure from your detractors, instead, just keep doing you and eventually, they will get tired of hassling you.

Your success is predicated on your ability to make informed decisions at the right time.

Many people believe this is common knowledge but a quick look at the world today could ascertain that it is not as common as you think.

MTV’s popular show Jackass built a loyal fan base off of lunatic characters making the most idiotic decisions. Some fans even tried to mimic their heroes by performing stunts like riding a bicycle at maximum speed into a gate.

In what world can this be classed as rational?

For you to be successful, you have to throw out that Jackass DVD and probably read a book or two on prominent leaders such as Nelson Mandela. From Mandela, you can learn the importance of applying reason into all endeavors you decide to undertake.

The tales of how he led the South African people in their struggle against apartheid depending on informed, calculated decisions could serve as a blueprint from which your life decisions can be based.

After all; who wouldn’t want even the slightest comparison to a great man like Mandela?

Everybody targeting a successful life tends to encounter obstacles along the way.

Motivational speakers would say that how you handle these challenges reflect what kind of a man you are.

Although I am not one to agree with the inspirational gibberish most of these quacks blurt out, this particular statement may just be true.

In the stoic philosophy, people are encouraged to assess any potential stumbling blocks and flip them into opportunities for further success. Take Emmanuel Macron, the President of France, as a prime example.

Whilst campaigning for his election, Mr. Macron came under intense criticism for marrying Brigitte Macron seeing as she was 26 years his senior. People cited this as a sign of his immaturity and an inherent ability to be manipulated by persons with a strong personality.

Such unsolicited attacks would have broken lesser men but Macron countered this by further publicizing his otherwise personal family matters. Whereas most influential figures are rarely photographed during their personal family time, he allowed the press to invade his family’s privacy so as to prove a point.

Come election day, he had turned the nasty allegations around and many now saw him as a committed family man dedicated to both his wife and their children. It goes without saying he won by a landslide.

So, just like Mr. Macron, you should strive to flip any potential weaknesses into strengths. Where others cower, stand tall and defend your ground; more often than not, other people will respect you for it.

In a nutshell, level headedness and rationale are key if you are to succeed in life. These stoic traits not only help you overcome any potential hindrances along your path to success, but they also enhance people’s perception of you. Just as Nelson Mandela and Barack Obama commanded global respect, you too can bridge the gap between average and extraordinary simply by tweaking your personality slightly. For rewards as great as success and social prominence, why not undertake a complete behavioral overhaul? I know I would.