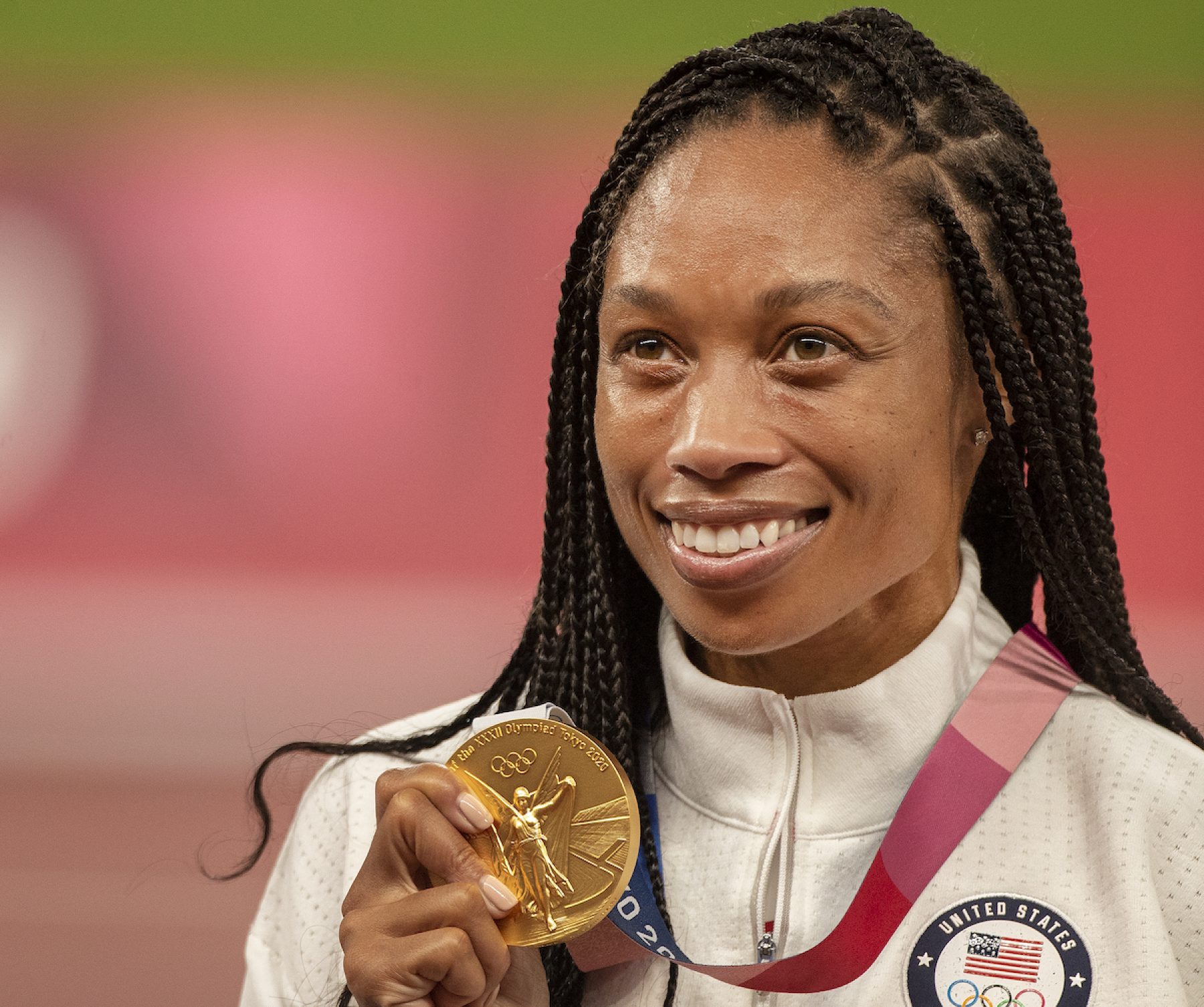 Track and field athlete Allyson Felix finished on a high with her Olympic finale in Tokyo this summer, taking both bronze and gold medals. This has made her the most decorated female track competitor in the history of the Games.

Alongside her podium success is a driveto support sporting mothers, inspired by her own mistreatment by former sponsor, Nike.

Back in 2018, Felix – who intends to retire before the 2024 Games – was already among the most successful athletes of all time, with a trophy haul of no less than six Olympic golds as well as other medals.

Setting her sights on another of life’s great goals, she decided to start a family.

Amid negotiations with her former-sponsor Nike around contract renewal, it emerged that the global sportswear brand wanted to pay her – now a new mother – 70 per cent less than before she experienced the joys of parenthood.

Felix bravely went public with her grievance, causing Nike to capitulate in the face of an outcry, and announce a new maternity policy that guarantees athletes’ pay and bonuses for 18 months around pregnancy.

But Felix’s relationship with Nike had been irretrievably soured, and she jumped ship for clothing brand Athleta, a B Corp, whose contract includes wonderful provisions for two-year-old daughter Camryn to join her wherever she competes.

Recognising that not all sponsors are so understanding, while preparing for Tokyo, Felix and Athleta joined forces with the US charity Women’s Sports Foundation to launch The Power of She Fund.

The $200,000 (£144,000) cash pot will support mother athletes who are eligible to compete for a US national team. Grants of $10k (£7,200) will “provide the resources and support that mom-athletes need to focus on excelling in their careers,” according to Athleta.