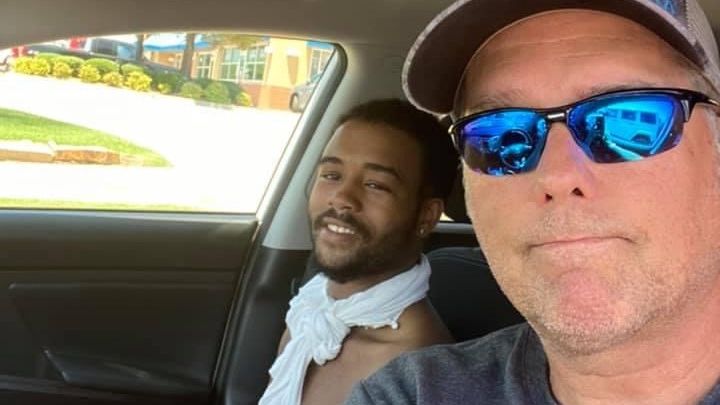 GoFundMe has had its share of fake fundraisers, but it has also facilitated so much good.

Donte Franklin knows the meaning of hard work. The youth was leaving 3 hours early each and walking 8 and a half miles each way, just to get to work and be on time. When it was time to clock off, the 20 year old than made the same journey back home, day in and day out.

Donte credits his hard work under any circumstances to his late mom, who sadly passed away four years ago. Franklin told FOX News, “I really don’t care if it gets tiring, I just have to keep pushing”. Whatever he needs to do for his family, he’s ready to do.

This amazing work ethic inspired one man, Michael Lynn, to share Franklin’s story on Facebook, after he met the man out in the hot summer weather and offered to give him a ride.

Franklin shared the story of his 17-mile pilgrimage during the ride, making Lynn feel awed. The story was rapidly shared on Facebook over 1000 times until it came across the eyes of Kerri Collins, who along with her husband are the driving forces between charity bike group’s called My Riding Buddies Oklahoma and Bikers for Elves.

“It just touched me that this man is only 20 years and is walking to two different jobs with nothing in the heat. It opened my heart because kids his age don’t do that”

In appreciation of his effort, MRBO gifted Franklin a brand-new bike right in time for his next shift! His commute had gotten a lot lot easier, but Franklin’s good fortune had just begun.

Fuelled by more inspiration from the young man’s determination, a GoFundMe page was setup in his name so he could buy a car. At the time of writing, the GoFundMe has raised almost $53,000.

Franklin, who is also studying to be a welder, does not yet have his license. He has decided to use the funds to help his family and will continue to take the new bike to work, keeping getting a car and his license as part of his future plans.